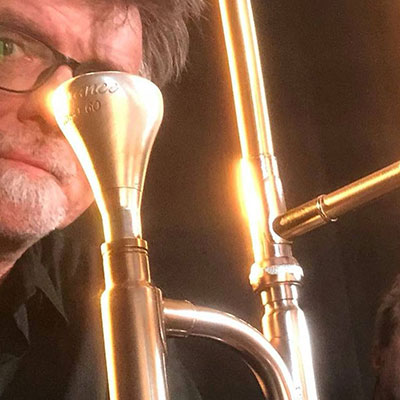 John Hinchey trombonist and arranger: He just might be the tallest guy in the band. His musical misadventures as an arranger, music director and trombonist have taken him literally all over the world, heck he’s even slept (and recorded) in Abbey Road Studio 2 in London.

Seriously, as an arranger, the guy has no shame. He once was hired to compose a ten minute piece to be performed only on “items you find in a kitchen” ie: trash cans, cutlery, wine bottles, cabinet doors, etc even the kitchen sink all to accompany 10 Irish step dancers.