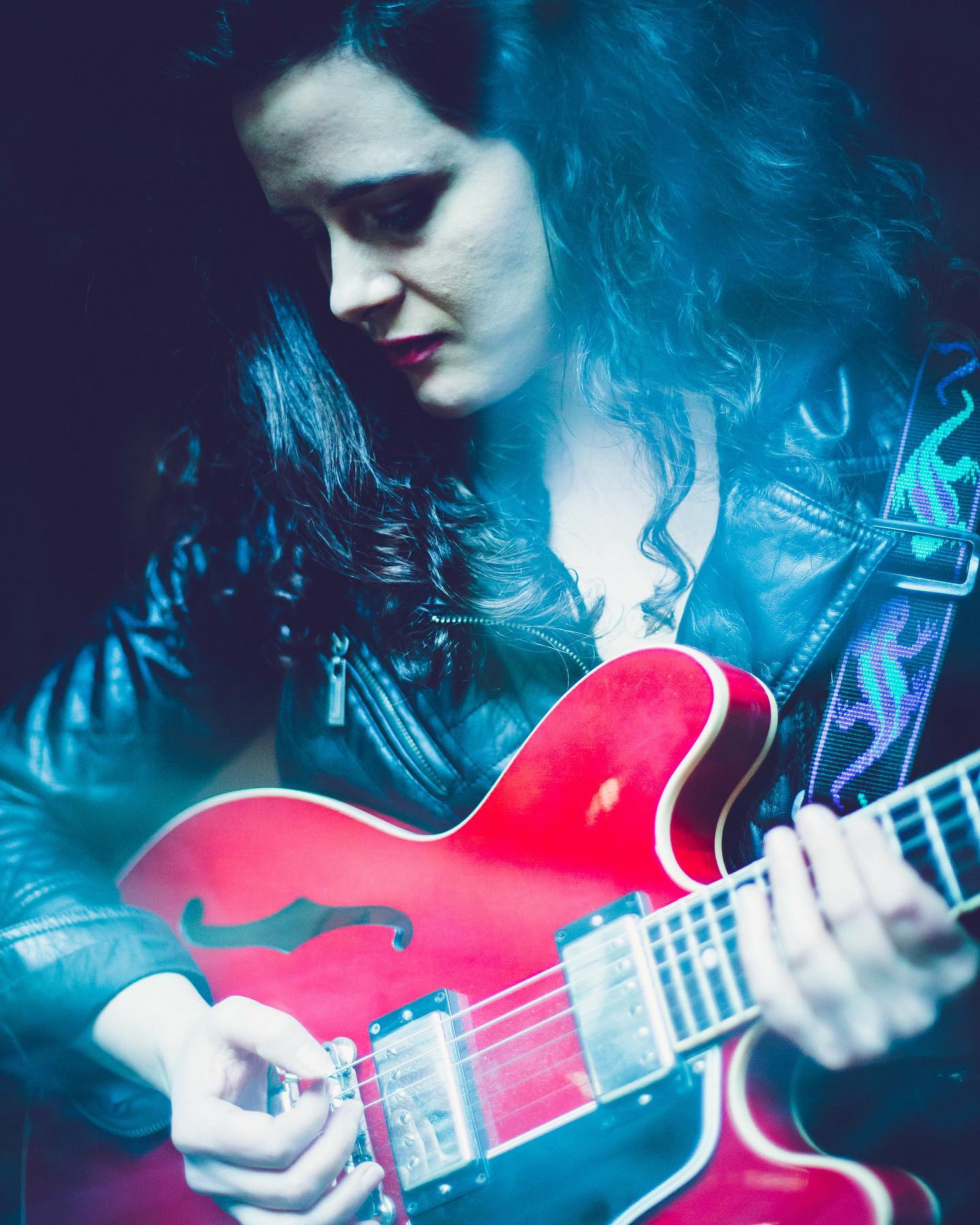 Growing up in Prairie Village, KS (a suburb of Kansas City) Lindsey picked up her first guitar at age ten. Although first inspired by Led Zeppelin, Jimi Hendrix, the Beatles, and 90s alternative rock, it was her discovery of hometown guitar hero Pat Metheny that initiated her into the world of jazz.

Lindsey’s talent and ever growing interest in jazz improvisation earned her a scholarship to attend the University of North Texas where she performed in the Two O’Clock Lab band and earned a bachelor’s degree in Jazz Studies. She then went on to complete a Masters Degree in Music from Southwestern Baptist Theological Seminary.

Since relocating to Nashville in 2012, Lindsey has spent the last nine years as a welcome addition to both the live and recording community. She has performed with award winning artists Lauren Daigle, Kevin Max, and Danny Gokey, jazz luminaries Brian Blade, Keith Carlock, and Jeff Coffin, on concert stages with the Nashville Symphony Orchestra, and tv shows like ABC/CMT Nashville. She has worked with some of the best musicians in the recording industry at studios such as Ocean Way, Watershed, Layman Drug Co., Warner Bros., Treasure Isle, DRR&P, Wildwood, Sound Emporium, Warner Chappell and The Castle Recording Studio. Her music can be heard on Bravo, The History Channel, HGTV, and NBC. She often works for clients such as Broadway Jr and Hal Leonard Music Express as well as various artist recordings. Her ability to read music notation at a highly advanced level and interpret any musical genre with style and imagination, has given her an edge in a competitive and ever changing environment.

Check out Lindsey’s recent alumni feature in the North Texan: Striking A Chord