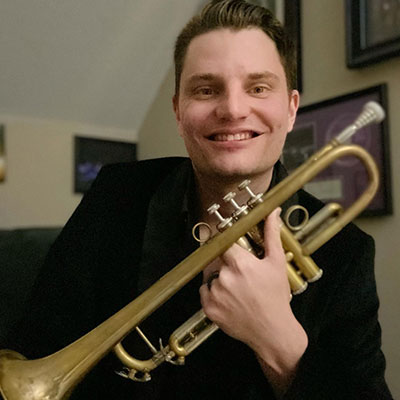 James Tyler Jaeger is a professional trumpet player and educator from Nashville, Tennessee. Tyler has been a member of the United States Army since 2011 and will be finishing up his service in 2021.

He maintains a successful private trumpet studio in Nashville and is a frequent guest jazz clinician at high schools and colleges across the United States.